Nancy Daneli talks about the State of Freedom of Themistocles Lykiardopoulos

The State of Freedom
A journey of Truth into the mind’s sanctuary
with the destination of inner Freedom.

Nancy Daneli talks about the State of Freedom
of Themistocles Lykiardopoulos 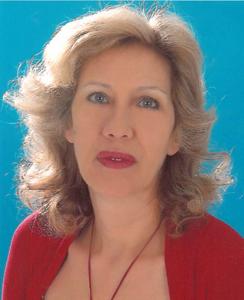 In the book “The State of Freedom” the author declares from the beginning that he is but a seeker of truth. He seeks the way to get rid of fears, weaknesses and fixations. Is there a way? A first answer to this question could be given with another question. Do all people deal with the same problem in the same way? Does everyone become equally unhappy due to the same problem, and does their unhappiness have the same intensity and duration? For some people the problem is a calamity; for others it can only be a provocation to lose it. Life is beautiful, but who did ever live without problems? What matters is to find ways to manage them better. The important thing is to not let problems manage us. This is the author’s goal, to learn how to determine his happiness himself. This is the topic of the book. It shows us a pathway.

He does this with humility. He declares that he does not pos­sess the undeniable Truth, that he has not yet reached the end of the way and that he does not even know whether this way has an end at all. He presents his own travelogue and the methods he found in order to be able to deal with anxieties and transmute them to understanding, forbearance, compas­sion and joy. At a time when many writers call themselves Masters of humanity, Themistocles Lykiardopoulos hustles to declare that he is not a Master and that he does not possess the absolute truth. He prompts the reader who thirsts for the absolute truth to seek it in the teachings of enlightened Mas­ters. Regarding what he is going to read in this book, he urges him to not believe anything, unless he first consults his own inner voice. Thus, the reader, before plunging into reading the book, feels the disarming truthfulness, honesty and modesty of the writer.

The writer is a mere seeker of truth, like every one of us could be, who seeks happiness and liberation; like every one of us really is, regardless if we know it or not. For, all of us seek happiness, in a thousand ways, through mistakes and suffer-ing. If so, then where does the difference lie, to justify the existence of one more book? The difference is that the author knows that he seeks truth and consciously walks on the pathway that leads to it. The difference is that the author observes in real time whatever he experiences, whatever he feels, whatever he thinks, and he writes his self-observation down.

He writes a “novel”, in which the story is his very life; not in the form of a chain of events with external plot and with a start, a middle and an end, but his life in the way he feels and perceives it with his reason; his life, while he observes the processes of his mind. It is the autobiography of his mind. It is the revelation of the relationship and the dialogue created between his mind and the inner observator whom he has consciously instated within himself. It is the narration of consciousness. It is the chronicle of an inner journey with the destination of the State of Freedom. Where could this state possibly be located? Does it really exist, and what kind of a freedom does it promise us? In order to become free from whom? From some external enemy?

The author is the captain of the ship that travels with destination the state of liberation from the bondages of the mind, where the mind from a tyrant will become a servant for the man. This is not an easy journey; it is not predictable and not without turnarounds. It passes through storms and squalls, but it is exhilarating; because only by traveling can someone discover new places. Only by traveling can he avoid rotting in the dirty water of a port tied on a rusty anchor. And, while travelling, the captain records the route, keeps an inner diary, with self-observation step by step, from the distress to liberation inch by inch.

And then, he accepts to share with us this peculiar diary, which is full of thoughts and emotions. It is a deposition of his soul, with absolute sincerity, a confession from the bottom of his heart shared not with his analyst, not with his holy man, not with his friend, but with every single person who, while reading it, will realize how common the course of all humanity is and how common all things are that torment us. By reading this book, the reader becomes one with the writer; he transcends everything he thought to separate us. Beyond social classes, races and genders, the writer and the reader become one solid person who walks on the pathway from suffering to redemption. The transcendence befalls for the reader, because the writer first transcends his ego. He does this by overcoming the fear of exposure.

He could have used two heroes, a Master and a disciple, so as to narrate in the third person. But he chose the difficult way. The first person. The confession of his weaknesses. The head-on confrontation with a possible rejection and the revelation of every dark corner of his mind. By exposing all his darkness to the light in order to dry it up, he implements one more rite of passage towards freedom with the very publication of his book and its sharing with all his readers. Knowing that freedom takes virtue and boldness, like the Greek poet Andreas Kalvos has said in a verse which has been not unintentionally quoted in the inside cover of the book, the author dares to not only observe his mind and seek the way to bliss, but also to share his very self with us. Besides, he performs not only boldness but also virtue, for he does not ask for titles, since he modestly declares from the very beginning that he is not a Master; on the contrary, he regularly refers to his own Master who showed him the pathway.

This book cannot be merely read through only once. It can constitute a lodestar for whomsoever desires to seek the state of freedom. It can become a consoling memory and reminder to the one who suffers. It will be enough for him, while he sinks into suffering, to recall the confession of the writer that, if a previously miserable person like him can now be happy, then anybody can.

In this foggy scenery the writer comes and shows us a pathway; his own pathway. He shows us that redemption can only come through introspection. Redemption is the journey to a state with inner freedom, the quest for the core of our Existence, the structuring of the Self, which can keep us standing on our feet. This is what so admirably Dionysios Solomos, the national poet of Greece, said: “Joys and riches can all vanish like kingdoms and everything else; these are nothing, when the soul remains upright and erect”.

However, in order for the soul to remain upright and erect, persistence is not enough; it is not enough to bite the bullet.

It also takes inner work; it takes to decide to start the journey to the state of freedom. The author has already started since some time ago. He does not know if this journey will have an end. He only knows that the very journey is what gives essence to his life, and this redeeming knowledge he comes to share with us.